Veronica's Place is tax deductible Eagle Scout Project has been completed. The intent was to expand the Jefferson playground. Zac Blohm partnered with Jefferson Elementary PTA to build a playground for our school. Although this was an aggressive Eagle Scout project, Zac's project was completed with the support of the community which will help the students at Jefferson Elementary live healthy active lives. Jefferson Elementary PTA is a 501(c)(3) Tax Exempt Organization.
Check Out Zac on Fox 6 News!
Click on the Pictures below to see the two segments Fox 6 ran with Zac
Information About the Playground Project
Zac has been involved in a ton of really cool events this year. Here are a few of his favorites! 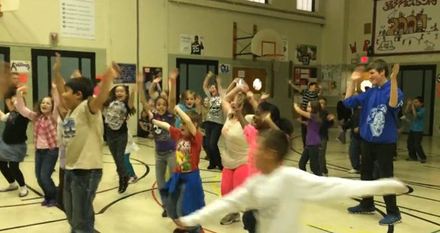 Zac spent a lot of time promoting Box Tops for Education during the last year. This was one way the kids at Jefferson could really get involved with the project. Together Zac and the students at Jefferson collected 54,580 box tops to earn $5458.00! This video clip is the Box Top Competition Party the students won for helping Zac and the playground.